Sarah Tracy Burrows contacted me a few years ago asking for assistance in writing her historical novel, Fighting for Nellie, based on a captivating real-life story of her ancestors during the Civil War. Sarah’s passion and determination were so strong I could taste them, and as busy as I was, I agreed to help.

I admired her courage in contacting me. She reminded me of myself when trying to finish my first book, the New York Times bestselling Sex with Kings, which is now out in twenty-three languages. I had some absurdly lucky breaks along the way, and wanted to pay it forward.

During the time we worked together, I was impressed by Sarah’s ability to learn quickly and take criticism well. I would send critiques on her chapters, and she would rewrite them much improved and send them back in a timely manner for additional suggestions.

I don’t know that I have seen any other new writer as deeply committed to getting her book published.

"Sarah, You captured the years of Ryan’s life perfectly in the poem! I’m sure all moms' and dads' reading this relate and have tears in their eyes. I know I do!"
Stephanie Carafotes Serpa
Yoga Instructor
StephanieCarafotesSerpa@gmail.com
So excited for you and love what you've posted!
Patti Mielnicki Barbalich
Mother, Early Childhood Education, Teacher  - Patti Mielnicki Barbalich
patti-mielnickibarbalich@gmail.com
I can't wait to read FIGHTING FOR NELLIE all the way through!
Katie Tortorello
Founder  - The Write Direction
katie-tortorello@gmail.com
I'm hooked! That's great. Can't wait to read it!! Wow, Sarah, we are all so impressed!!
Laurel Ingraham Fitzmaurice
Self-employed Editor
laurel-Ingraham-fitzmaurice@gmail.com
Sarah, can't wait to read more.... Keep stepping up and out!
Pam Mellor Guyer
Founder, Living HIPP  - Managing Director, BeautyCounter
pam-mellor-guyer@gmail.com
Really looking forward to this read.
Ingrid Van Slyke
PSA, Artist, Teacher
Ingrid-van-slyke@gmail.com
Love!!! Have the chills - what happens next?
Carleen Strudas Rivers
Yoga Instructor
carleen-strudas-rivers@gmail.com
Let me know when you get this published, I can't wait to buy it! I'm so proud of you.
Janette Robinson Harrington
janette-robinson-harrington@gmail.com
This is wonderful!! Thanks for sharing!
Barb Hanlon
United Healthcare Group
barb-hanlon@gmail.com
Wow! Love it! For some reason Kevin Costner is narrating this to me! More, more, more!!
Lauren Gold
Excel Orthopaedic Specialists and New England Sports Orthopedics
lauren-gold@gmail.com
Sarah! I'm so impressed! Can't wait to see it on the NY Times Best Seller list!
Catherine Daley
catherinedaley@gmail.com
What an amazing accomplishment!
Carol Stuart
Test Position  - Test Company
carolstuart@gmail.com
Brings a time from the past alive. I am reminded of the feeling I had reading The Diary of Anne Frank. This work is fabulous. A real reminder of what came before in order to make today what it is.
Suzanne Crocker
Artist, Who\'s Who in the World  -  www.suzanne-crocker.com/
suzannecrocker@me.com
A great story with original documentation never before printed. Readers love the Civil War. The author has absolute passion and dedication.
Eleanor Herman
New York Times Bestselling author, historian, host, History Channel, National Geographic  -  eleanorherman.com
Well written and Osgood is around the big wigs of the Sixth Corps.
Patrick A. Schroeder
NHP and Civil War historian  -  Appomattox%20Court%20House
A wonderful narrative, based upon a large collection of letters, detailed and historically interesting.
Howard R. LaMar
Former Yale University Dean and Professor of History  - Yale University
Exciting, suspenseful, and extremely well-written. I love this story! It has war, loyalty, death, jealousy, and love, which every good war story needs. Great characters - the important Sedgwicks - friends to the likes of Hawthorne and Alcott. War generals and heroes. "Feminists." The juicy part of this story is whether or not Osgood's love will be there to embrace him when he returns home.
Donna Moreau
New York Times Bestselling Author, historian  - Waiting Wives: The Story of Schillng Manor, Home Front to the Vietnam War 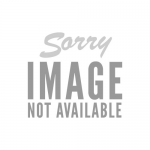 "Tears reading your poem! Being in the thick of it with a 2 & 4 year old and then seeing graduation signs all over town and prom photos on FB it all seems so far away for me but I know it will go fast!"
Katie McClain
Mother, Marketing  - Katie McClain
KatieMcClain@gmail.com
Your heart is on the page. So real. I could hear your voice as I read. So sweet and true.
Jason Marsh
Artist, Designer

500 Run for the Fallen – Fallen Patriots

Do a number of the over the internet video game hacks uncomplicated effort? if hence, how?

This category i’ve a couple wisdom in. There’s a lot of complication with that subject compartment too, ever since kids play that it one of the more only to in general propose that all of them suck except the main one then they play. One of the more Fun free of charge MMORPG:

Silkroad would be a player vs player (PVP) video game, and you also assault some other biological people from your video game. Located in Korea, it has anime-type 3D graphics only to appears relatively exceptional. 4) Maplestory:

An alternate Korean video game, that one has long been 2D and offers players throughout the world through to join in with each other whilst battling monsters inside a group. Players am going to join guilds through to join in more. Three) Runescape:

That has been arguably typically the most popular MMO, it has a built-in fine degree of quests that you can do and at some other biological players, only to PVP combined. Players am going to gain respect simply by leveling only to locating platinum coins through to customize their personality. 2) Flyff:

Flyff has long been an alternate eastern invented video game, where you can play and at other people immediately through to simple up, generate hover boards only to obtain around, only to wipe out some other players though you hence wish to have. A single dragon city game person) Puzzle Pirates:

Puzzle Pirates would be a fun puzzle video game by which you only to some other players heard puzzles immediately through to pillage dollar from opposing ships. That one could simple up only to gain status only to respect. Many persons Fun pay to play MMORPGs:

5) Lord of them rings Online:

That has been based on the newspaper only to film Lord of them rings, that you are that an avatar similar to the biological terms, only to connect with other people immediately. You can obtain skills only to quantities that one could acquire, and you may battle inside a player vs. Player putting once you’ve taken in a specific simple. 4) Warhammer Online:

Here is a MMORPG predicated on a built-in never-ending battle a good example of two angles. Immediately PVP that one could battle some other biological people to preserve the body’s retain. Fine graphics, only to an attractive local from your video game. Three) Eve Online:

This study fiction MMO is pretty single, that you are a built-in pilot of them customizable spacecraft communicating only to attacking enemy location ships. You can obtain a lot more than 9000 star study through to connect with, and many professions through to become involved set for in-game dollar. That has mining, trading, only to battle. 2) Guildwars:

This, i think, has long been one of the more fun MMO in order for PVP you can obtain. Together with having PVE (player vs. Putting) the potential player vs. Player really is very impressive, together with incredibly competitive. A single person) earth of Warcraft:

No matter just how hard you get involved with, you can’t deny from which earth of Warcraft has long been the root MMORPG in the globe. That you can do more or less everything on this video game, it is often in general changing independent of the video game following the has long been a thing through to behold. Many persons Fun Flash Games:

A built-in must also play for all those flash gamers, this legendary video game would be a hack only to slash, play like an alien crash landing on the planet only to battle off the potential FBI with your yellow ball gun only to knife. 4) Pandemic II:

Here is a video game by which you need to try and spread infection only to infection as fast as possible from your earth through to wipe out the general public. Generate decisions on how to do it the potential fastest, but then watch out for from which sneaky Madagascar! an extremely fun video game. Three) the last Stand 2:

Hold off the potential zombies on your last stand! Barricade the potential putting only to wipe out zombies in every would mean a reality, gory only to fine invented. 2) extravagant Pants Adventure: earth 2:

Here is a fun little sidescroller video game (wish to have Mario), by which you play just like a remain let’s say and at baggy jeans running around grabbing coins, only to making it to some other door. It’s very fun to play only to visually gorgeous. A single person) Portal the potential Flash version:

Here is a flash version of them simcitybuildit-hackz popular video game ‘Portal’; it is often an unusual puzzle video game by which you flames a built-in portal gun in a single person location, in addition to a a couple colour in an alternate location. While you walk into a single person portal you come with the some other a single person – incredibly fun only to addictive. Hopefully this screens you the potential little in gaming online!

Print & Ebook available soon at: The book is not published yet.