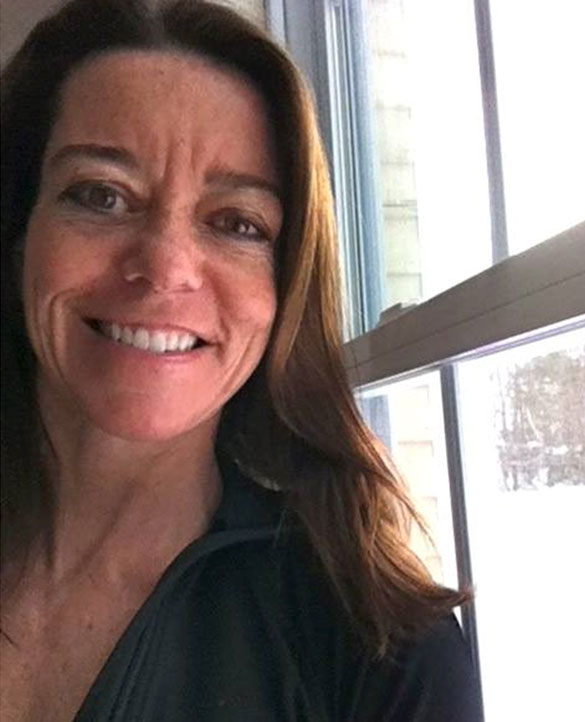 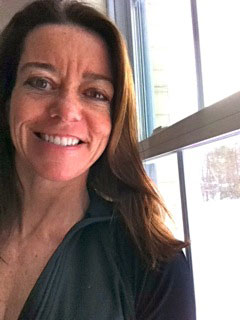 Sarah has been passionate about reading and writing since a young girl. She became interested in history when her grandfather shared their ancestors’ American Civil War letters and memorabilia, and her dream was to see her great-great grandfather’s letters he wrote during his service published. Sarah is therefore pleased with the June 2022 publication by Kent State University Press of Yours Affectionately, Osgood: Colonel Osgood Vose Tracy’s Letters Home from the Civil War, 1862-1865, which Sarah co-edited with historian Ryan Keating. Sarah is currently seeking a literary and film agent for her historical novel inspired by the true story, FIGHTING FOR NELLIE.

Sarah also enjoys photography and photojournalism. Sarah’s photographs have been awarded annual prizes and featured on websites such as the Essex National Heritage Area (MA) and Sotheby’s Real Estate marketing material. Her photograph “Walking on Clouds,” taken of her Golden Retriever, Scout, on Good Harbor Beach in Gloucester, Massachusetts was awarded First Prize in the 2018 Essex National Heritage Area Photography Contest. An article about the photograph and Sarah appeared in Cape Ann Magazine, Summer 2019. Sarah’s photography is for sale at Newburyport Framers (MA)  https://www.newburyportframers.com/art1, The Beauport Hotel Boutique (Gloucester, MA), and has been been exhibited in several shows, including the Rocky Neck Art Colony 2021 exhibition.

Sarah was raised in Syracuse, New York and is a graduate of Hobart & William Smith Colleges. She has a B.A. in English and history. She worked for CFO Publishing Corporation in Boston and is board president of the Jacob Leisler Institute for the Study of Early New York History, named for her 8x great grandfather. Sarah recently moved from the North Shore of Boston, where she and her husband raised their three sons, to the Green Mountains of Vermont. Sarah enjoys walking her dogs, swimming, skiing, the Adirondack Mountains of New York State, and watching every sunrise and sunset possible.

Books With a Cause

Sarah’s writing and photography share stories. To follow in the footsteps of her ancestors who fought for veterans rights, protecting sacred battle grounds, and aiding orphaned children, she plans to donate a portion of her published books’ proceeds to American Battlefield Trust, Wounded Warriors Project, and Worldwide Orphans.

“Sarah, get the leash, sweetheart. We’ll take Libby for a walk.”

My grandfather’s request sent my heart soaring. My feet tore up the slippery old carpet inside his Dutch Colonial home as I hurried from the kitchen through the small living room, passing by the antique desk where generations of Tracys’ were framed, to the front hall vestibule. I turned the dark wooden knob which wobbled, opened the glass-paneled door, and scooped up the coiled leash from the corner of the bluestone floor.

Back in the kitchen, Grandpa called, “Libby, we’re going for a walk.”

The mix of Golden Retriever and German Shepard lay in her usual spot, hiding on her cozy bed beneath the metal table which held the utensil drawer and on top the red metal bread box, full of Archway frosted oatmeal cookies. My grandmother had died the year before I was born.

Libby ducked her head shyly and came out slowly. She stood on long, skinny legs. She was light tan in color and was a gentle dog. My grandfather held out his arm. She jumped up, placing her front paws on him, and grasped him so tight her nails protruded half an inch or more. My grandfather bent her way so she could kiss his cheek, then he stroked her narrow head, while their eyes set on each other.

The snow had been falling all day in Central New York. The banks piled high. The late afternoon sky was dark and swirling with large flakes. Sent on an errand to Angie’s, a convenience store on the edge of my Sedgwick Farms neighborhood, I walked fast despite the weather and age of nine, my mind set on buying candy with my allowance. The milk I’d bring home was secondary.

Making my way up Farmer Street, I approached the store. An old “K” car was parked beside it, just before the corner. A man, wearing a robin’s egg colored business suit, baby blue in color like his car, sat in the driver’s seat. My instinct told me to cross to the other side. I did, trudging on the right of the road.
Read More

MEET ME ON THE BRIDGE

Meet me on the bridge
Where we first met
When you gazed at me
With eyes clear, full of intrigue
Innocence
Hope
Yes, meet me there
High tide, low tide
Doesn’t matter
But when the wind blows soft
Salt air cool
Tall grass waves
Whispering in our ears
As the sun rays lower
Moon rises
Atlantic horizon disappears
So a new day greets us
Yes, meet me there
Like that
Where it all began
And starts again
I will wear the black dress
The one you liked so well
And when I see you
I will run
Over the wood planks
Feet bare
Arms open wide
Scoop me up
Hold me tight
Swing us ‘round
Kiss me long
Murmur in my ear
The fight is over
I am yours
Please
Come home
Meet me on the bridge

THEY SAID IT WOULD GO FAST

They said it would go fast
But I didn’t believe them
There were diapers to be changed
Scraped knees tended
Tears wiped
Temper tantrums tamed
One child on a hip
Another in a stroller
The puppy barking
And you, running down the road

What fun we had
Though we hardly knew it
Yes, they said it would go fast
But I didn’t believe them
Then, one day, we walked to the bus stop
Hand in hand
It approached
You dropped my grasp
Disappeared from sight

And wham!
I went weak
There goes my baby!

Yes, they said it would go fast
But I didn’t believe them
In a blink of an eye
You walked ahead
Made friends
Blasted music
Studied hard
Closed your door
Became an adult
Needed me less

Yes, they said it would go fast
But I didn’t believe them
Now, you’re about to fly
And you will soar!
I say to you
Go

"Sarah, You captured the years of Ryan’s life perfectly in the poem! I’m sure all moms' and dads' reading this relate and have tears in their eyes. I know I do!"
Stephanie Carafotes Serpa
Yoga Instructor
StephanieCarafotesSerpa@gmail.com
So excited for you and love what you've posted!
Patti Mielnicki Barbalich
Mother, Early Childhood Education, Teacher  - Patti Mielnicki Barbalich
patti-mielnickibarbalich@gmail.com
I can't wait to read FIGHTING FOR NELLIE all the way through!
Katie Tortorello
Founder  - The Write Direction
katie-tortorello@gmail.com
I'm hooked! That's great. Can't wait to read it!! Wow, Sarah, we are all so impressed!!
Laurel Ingraham Fitzmaurice
Self-employed Editor
laurel-Ingraham-fitzmaurice@gmail.com
Sarah, can't wait to read more.... Keep stepping up and out!
Pam Mellor Guyer
Founder, Living HIPP  - Managing Director, BeautyCounter
pam-mellor-guyer@gmail.com
Really looking forward to this read.
Ingrid Van Slyke
PSA, Artist, Teacher
Ingrid-van-slyke@gmail.com
Love!!! Have the chills - what happens next?
Carleen Strudas Rivers
Yoga Instructor
carleen-strudas-rivers@gmail.com
Let me know when you get this published, I can't wait to buy it! I'm so proud of you.
Janette Robinson Harrington
janette-robinson-harrington@gmail.com
This is wonderful!! Thanks for sharing!
Barb Hanlon
United Healthcare Group
barb-hanlon@gmail.com
Wow! Love it! For some reason Kevin Costner is narrating this to me! More, more, more!!
Lauren Gold
Excel Orthopaedic Specialists and New England Sports Orthopedics
lauren-gold@gmail.com
Sarah! I'm so impressed! Can't wait to see it on the NY Times Best Seller list!
Catherine Daley
catherinedaley@gmail.com
What an amazing accomplishment!
Carol Stuart
Test Position  - Test Company
carolstuart@gmail.com
Brings a time from the past alive. I am reminded of the feeling I had reading The Diary of Anne Frank. This work is fabulous. A real reminder of what came before in order to make today what it is.
Suzanne Crocker
Artist, Who\'s Who in the World  -  www.suzanne-crocker.com/
suzannecrocker@me.com
A great story with original documentation never before printed. Readers love the Civil War. The author has absolute passion and dedication.
Eleanor Herman
New York Times Bestselling author, historian, host, History Channel, National Geographic  -  eleanorherman.com
Well written and Osgood is around the big wigs of the Sixth Corps.
Patrick A. Schroeder
NHP and Civil War historian  -  Appomattox%20Court%20House
A wonderful narrative, based upon a large collection of letters, detailed and historically interesting.
Howard R. LaMar
Former Yale University Dean and Professor of History  - Yale University
Exciting, suspenseful, and extremely well-written. I love this story! It has war, loyalty, death, jealousy, and love, which every good war story needs. Great characters - the important Sedgwicks - friends to the likes of Hawthorne and Alcott. War generals and heroes. "Feminists." The juicy part of this story is whether or not Osgood's love will be there to embrace him when he returns home.
Donna Moreau
New York Times Bestselling Author, historian  - Waiting Wives: The Story of Schillng Manor, Home Front to the Vietnam War
"Tears reading your poem! Being in the thick of it with a 2 & 4 year old and then seeing graduation signs all over town and prom photos on FB it all seems so far away for me but I know it will go fast!"
Katie McClain
Mother, Marketing  - Katie McClain
KatieMcClain@gmail.com
Your heart is on the page. So real. I could hear your voice as I read. So sweet and true.
Jason Marsh
Artist, Designer